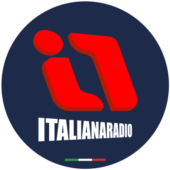 Deep in my House

Deep in my House

Andrea Roberto was born in Siderno, a city on the Jonic coast of Calabria. From a very young age he started to listen to everything, privileging mostly rock and Brazilian rhythms. After having listened by chance to a compilation he starts to be interested in figures such as Thievery Corporation, Mo Horizons, Moodorama, Trio Electrico and Boozoo Bajou. In a few months he acquires a good knowledge of both the artists and music labels that form the panorama of downtempo, nu jazz, deep and soulful house. Thanks to some friends he starts a radio program for a small local radio with the intention of having his followers discover those genres that fascinated him so much. At the same time, because of the originality of his musical choices, his presence is requested behind the console of the best clubs of the area. In the same period he also collaborates with a local magazine for which he reviews a selection of albums and artists. Three years after he arrives at Radio Touring 104 based in Reggio Calabria and one of the most listened to radio in the South Italy. He works there for two years, carrying out an evening program four times a week. Andrea has played in several clubs and with several artists. In November 2012 he placed himself third at the Dj Contest organized by Vienna’s Waves festival and Play Fm, one of the most important portals of electronic music in the world, in which Andrea is in the 50 most listened to Djs. At the present moment he lives in Bergamo where he is the Friday Dj resident at Cielo. His Radio show dedicated to soulful, deep and tech house goes on air every week in several radios and web radios around the world (Greece, Italy, Argentina, Switzerland, England, the Netherlands, Germany, Poland, France, Russia, Tunisia, Romania).